A Best of Austin award! Click on the image to see the whole perplexity.

When the day started there was only one big announcement to share, but you know what they say about weather in Texas! 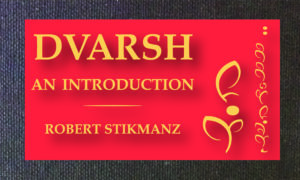 First, official publication of Dvarsh, An Introduction will be December 15th. A long time in the works, this gateway to Dvarsh includes notes on culture and grammar, and a Dvarsh-to-English dictionary featuring more than 1800 unique entries. Look for release details in coming weeks, including a pre-publication special.

In tandem with publication of Dvarsh, An Introduction, Stikmantica will also release Dvarsh Book, the font created by Robert to make production of the primer possible. Look for it soon in the Market.

Second, among the Best of Austin 2017 awards announced by The Austin Chronicle this morning was an honor for Robert Stikmanz, cited as Best Creator of a New Language. The whole of HQ is agog and agiggle. As the Dvarsh exclaim when good things go down, “Dzut!”

Best Creator of a New Language

Your purchase supports the continuing work of Robert Stikmanz.

Donations help keep the world of the Dvarsh alive and caffeinated!